No items found.
Go to Content Writing
Product is not available in this quantity. 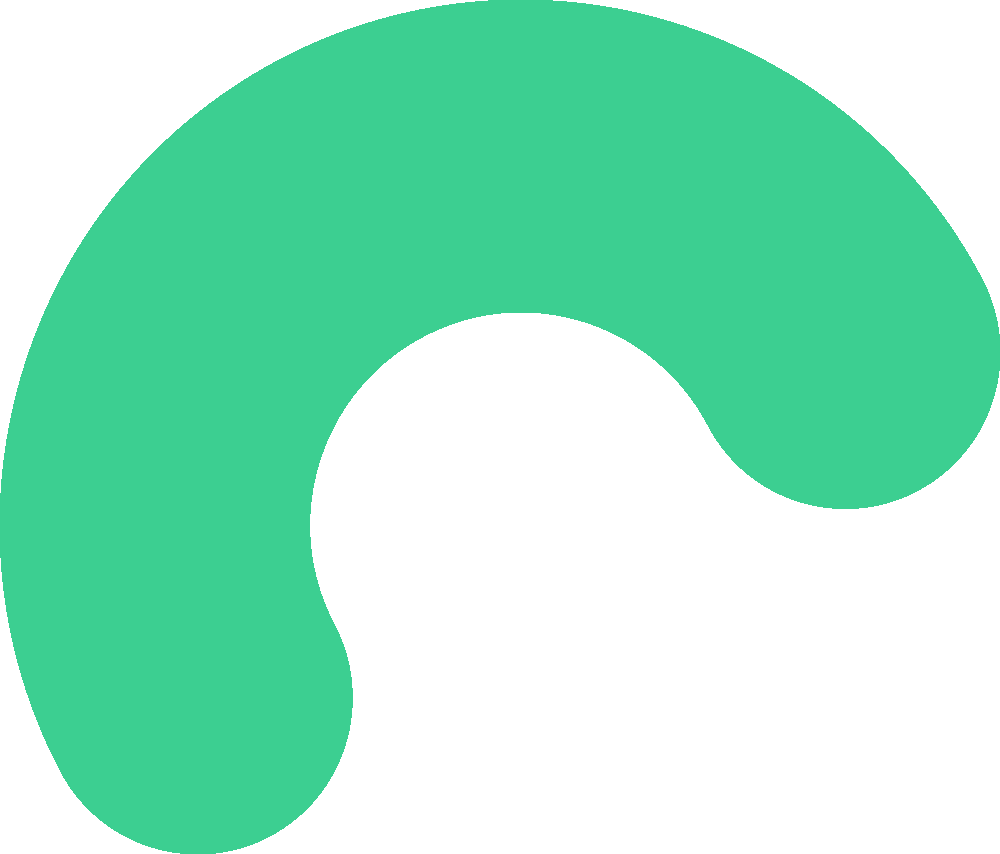 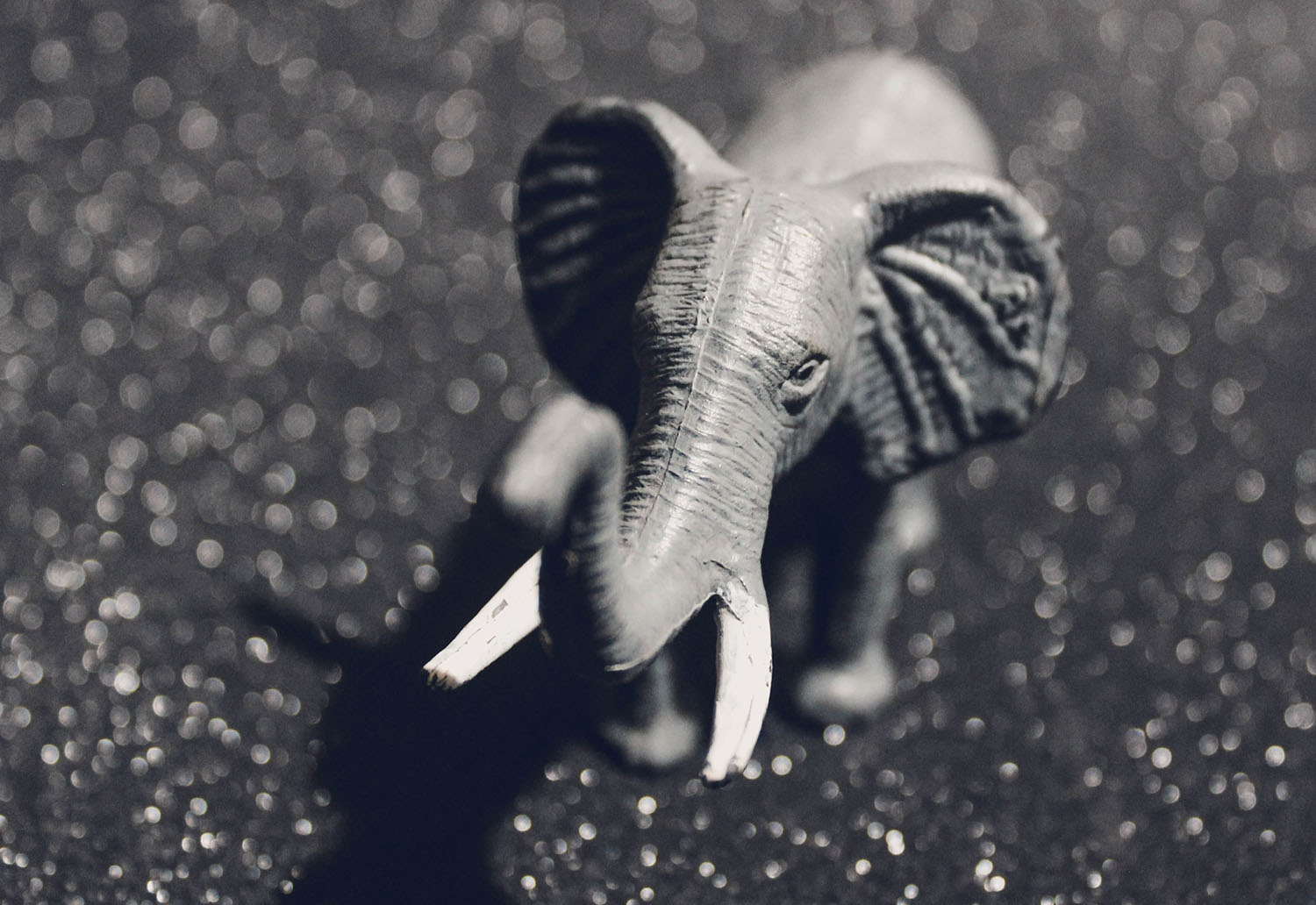 A robot DID NOT write this article. But they have written many others.

In 2020, an artificial intelligence (AI) language generator called GPT-3 wrote an editorial in the Guardian newspaper titled "A robot wrote this entire article. Are you scared yet, human?"

Here's a look at how AI is revolutionising the content marketing landscape, where it might go next, and what that could mean for human content creators.

How did robots learn how to write?

But these intelligent machines can't do it on their own. Or at least not yet. Instead, AI writing apps like jasper.io follow a set of guidelines selected by a real person. These include topics, tone, length, complexity, keywords, and emotion.

The human hits enter, and the AI gets to work, searching through millions of websites per second to find relevant data. It arranges and translates that data into a blog, ad copy, or news story. Depending on the length of the content, this can take between a few seconds to up to 10 minutes.

AI writing software can produce a range of content, including:

How many companies are using robot writers?

Around 12% of companies use AI to produce some of their content, according to a report by SEMrush. But that figure could rise quite dramatically over the next few years.

The SEMrush researchers found that almost half (49%) of businesses struggle to find writers with enough industry expertise to produce insightful content about their services. Marketing professionals within these companies say they would consider trialing an AI-content writing tool to get the job done.

It explains why more and more people are Googling terms like "AI copywriting." Google Trends show that searches for AI copywriting have steadily increased since around Sept 2021.

And according to data from the keyword research tool Ubersuggest, the phrase 'AI writing' is searched over 4,000 times per month in the United States alone. When factoring in related keywords, like "AI writing assistant" and "AI content creation tool," that figure skyrockets into the tens of thousands.

What do these robot writers have that we human scribes don't?

To start with, they can write (a lot) faster than humans; we have to admit that. AI-powered content writers like jasper can magic up a 2,000-word blog in around 15 minutes. That would take us approximately 3/4 hours, even longer without a steady flow of fresh coffee.

They reduce costs. You don't have to pay robots per word or blog. They'll produce as much content as you want on demand for a monthly subscription fee.

They never complain. They never tire. They 'know' what the phrase writer's block means, but they'll never actually experience it. (Now we're starting to get jealous!)

And they don't specialise in 'niche' areas like a human content writer. They can write about anything. But it's easy to know everything about everything when you can access the entire internet in milliseconds.

It's just not fair. How are we ever going to compete with that?

AI writing or human writing? That is the question.

The answer depends on what we mean by 'better.'

Humans will always write slower than an AI. Always. But there are many elements to human writing that an AI simply doesn't get. (Whether these intelligent machines will 'get' them in the future is a matter of much debate.)

And AI would never be able to make this connection. It doesn't have the same framework of cultural references as me, you, or the millions of others who read Hamlet in High School. Or at least skimmed the cliff notes on the night before the exam.

Moreover, an AI can't understand how a simple phrase, like 'to be or not to be?' can become a profound expression of everything it means to be human, given the appropriate context. And if an AI can't think as deeply as a human, it will never be able to write as profoundly as a human.

Humour also highlights the limitations of AI's thinking. Humour often relies on idiosyncratic forms of logic, apparent non-sequiturs that suddenly make sense within the context of a joke.

The best punchlines subvert our unconscious expectations by making 'sense' and 'nonsense' at the same time.

Want to hear a joke?

"Two fish are in a tank. One fish turns to the other fish and says, "You handle the guns; I'll drive."

OK, it's probably only funny if you're a 12-year-old (or if you have a 12-year-old's sense of humour; that explains our reaction, then!)

But it's the perfect example of why AI can't write or truly understand 'funny.' It can't understand or create the connections between the logical and non-logical interpretations of a phrase like 'fish in a tank.' An AI's response to a joke like this and many others would be, 'Please, repeat. I do not compute.'

"Artificial intelligence content is the future of blog and article writing. AI is a new trend that has recently gained popularity in the world of content creation. Bloggers, writers and website owners are using AI to generate blog posts, articles, white papers and other forms of content to save time and money."

All the commas and full stops are in the right place. The content makes sense. It's OK

But it's not fun to read. You could even call it a little 'dry,' maybe even 'boring.'

Let's compare it to the intro from Rand Fishkin's blog on 'How to Measure "Hard-to-Measure" Marketing Channels.'

Now it's time for another rant. And I hope somebody listens to me this time...."

Rand is a human, but you probably guessed that. It's not hard. Rand's blog reads like it was written by a human because an actual human wrote it.

Reading it feels like sitting in the same room as the writer. We sense Rand's emotional state. We feel his pain and frustration. His words create a genuine human connection.

That's enough of our (slightly biased) opinions on the quality of AI writing, because good content isn't all about pleasing people, it's also about ranking high on Google.

From this perspective, the big question is super simple: what does Google's search engine algorithm think about AI content?

Let's see what Google has to say.

John Mueller, a Webmaster Trends Analyst at Google, has previously suggested that AI-written content could get your site kicked off the top search pages:

"If you're using machine learning tools to generate your content... it's still automatically generated content, and that's against Google's webmaster guidelines."

But a little pushback revealed that things aren't so cut and dry.

"Are you saying that Google can understand the difference between human and AI content?".

Not particularly specific, we know. But hey, that's how Google rolls sometimes.

But there is one thing that we can say for definite. Google's recent helpful content update strongly emphasises ranking quality, value-driven content that directly addresses the most common search queries.

Focus on quality and value, and your content will rank higher, regardless of whether it comes from a robot or a human.

AI is learning all the time. A new study from the Rand Corporation predicts that artificial intelligence (AI) will be smarter than the average human in all general measures of intelligence by 2030, maybe even sooner.

Some industry experts believe AI-powered software and platforms will dominate some areas of content creation within the near future.

But that's not necessarily a bad thing for human scribes. In fact, they might be relieved to find out that more robots will be writing Google Ads, snippets, meta-descriptions, and other time-consuming content tasks.

It means humans can spend more time on content that's fun to write and, crucially, influences other humans in a positive way.

Let robots take care of the boring, repetitive jobs. And leave the writing that matters to us. That's the ideal future: robots helping writers, not replacing them.

AXD Marketing is a specialist B2B content marketing agency based in Manchester. We specialise in helping SaaS and tech companies create and distribute content that comes first on Google.

We create content that outlines what you do and why you do it better than anyone else. And that means more clicks, more leads, and more sales. 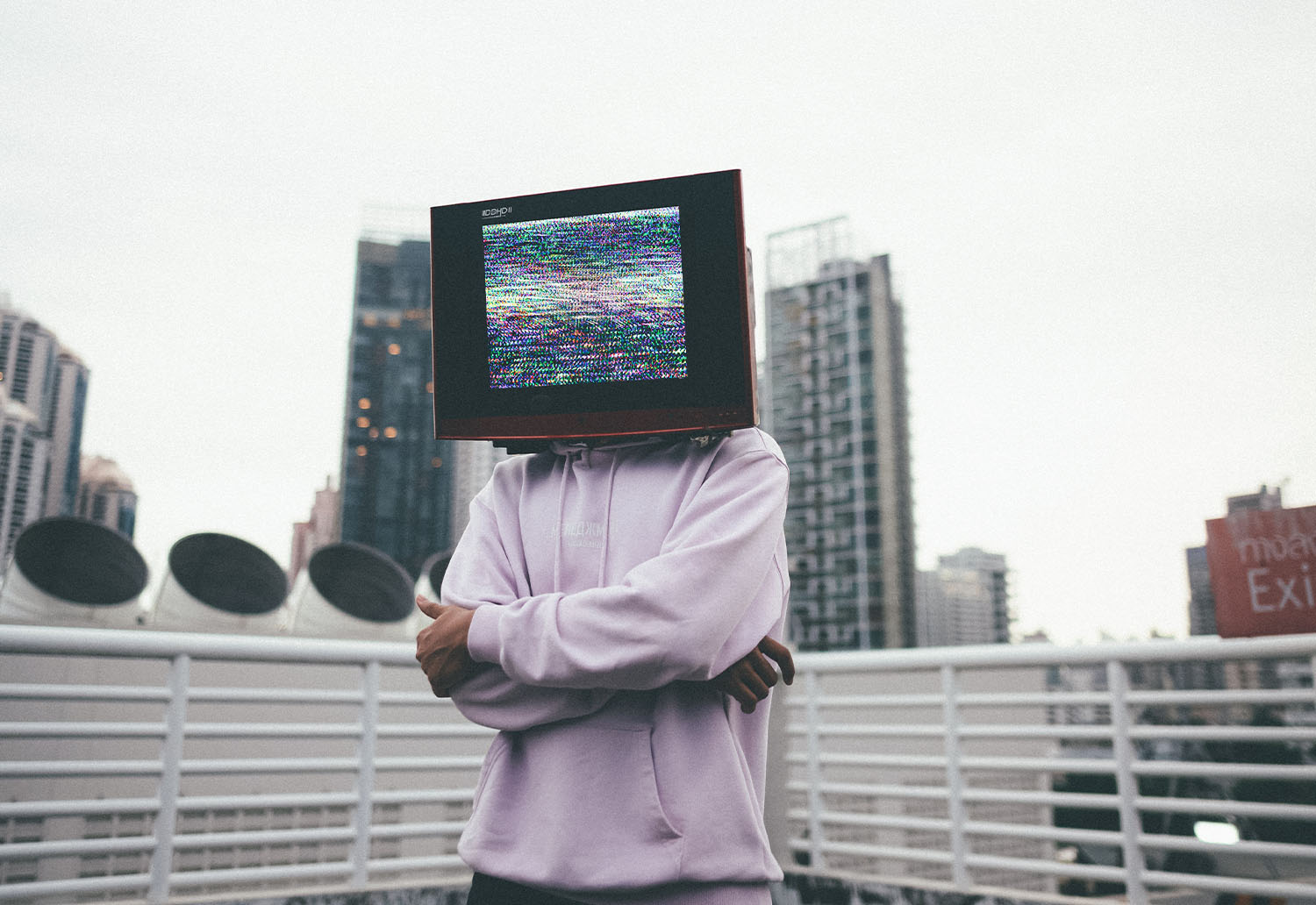 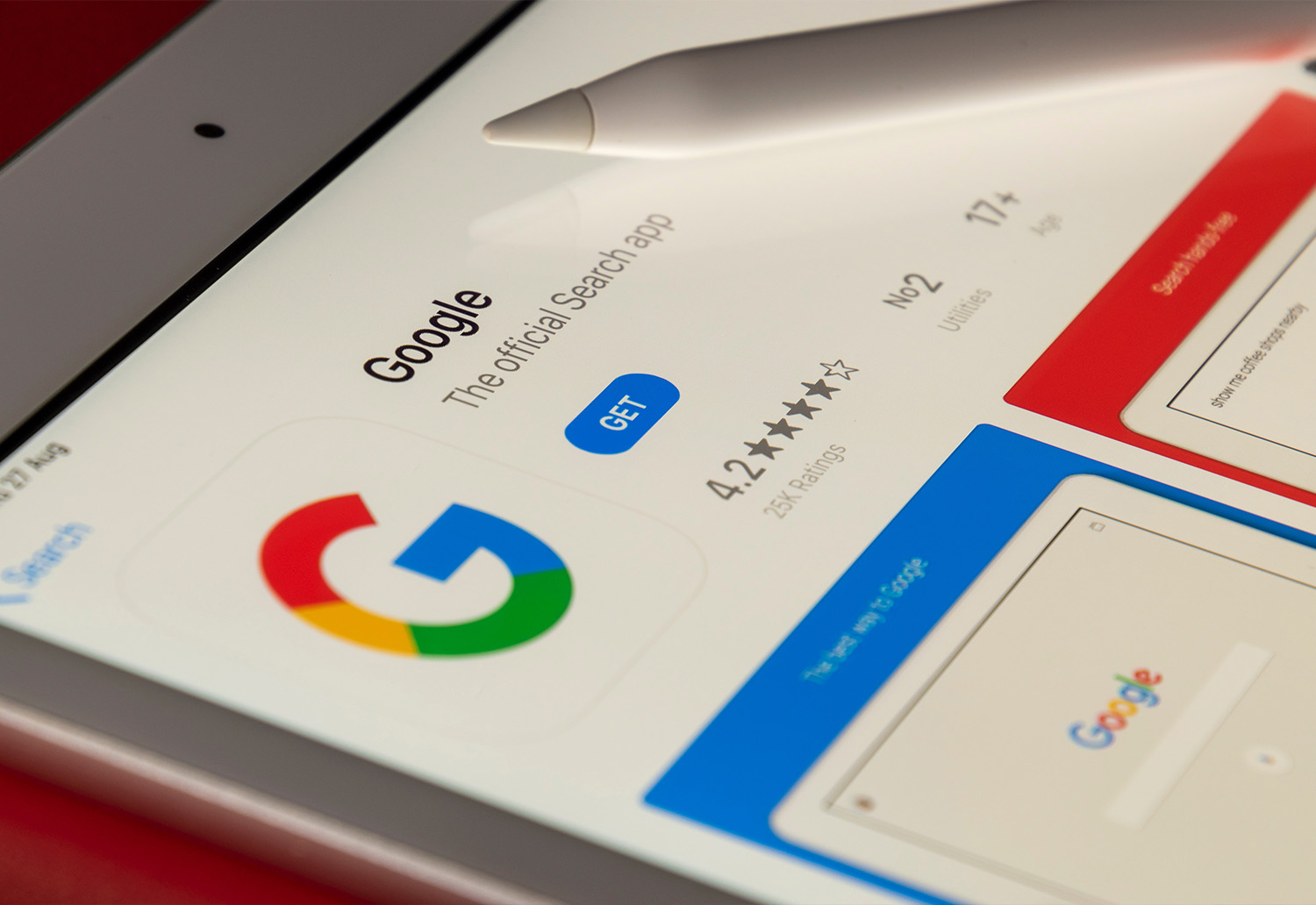 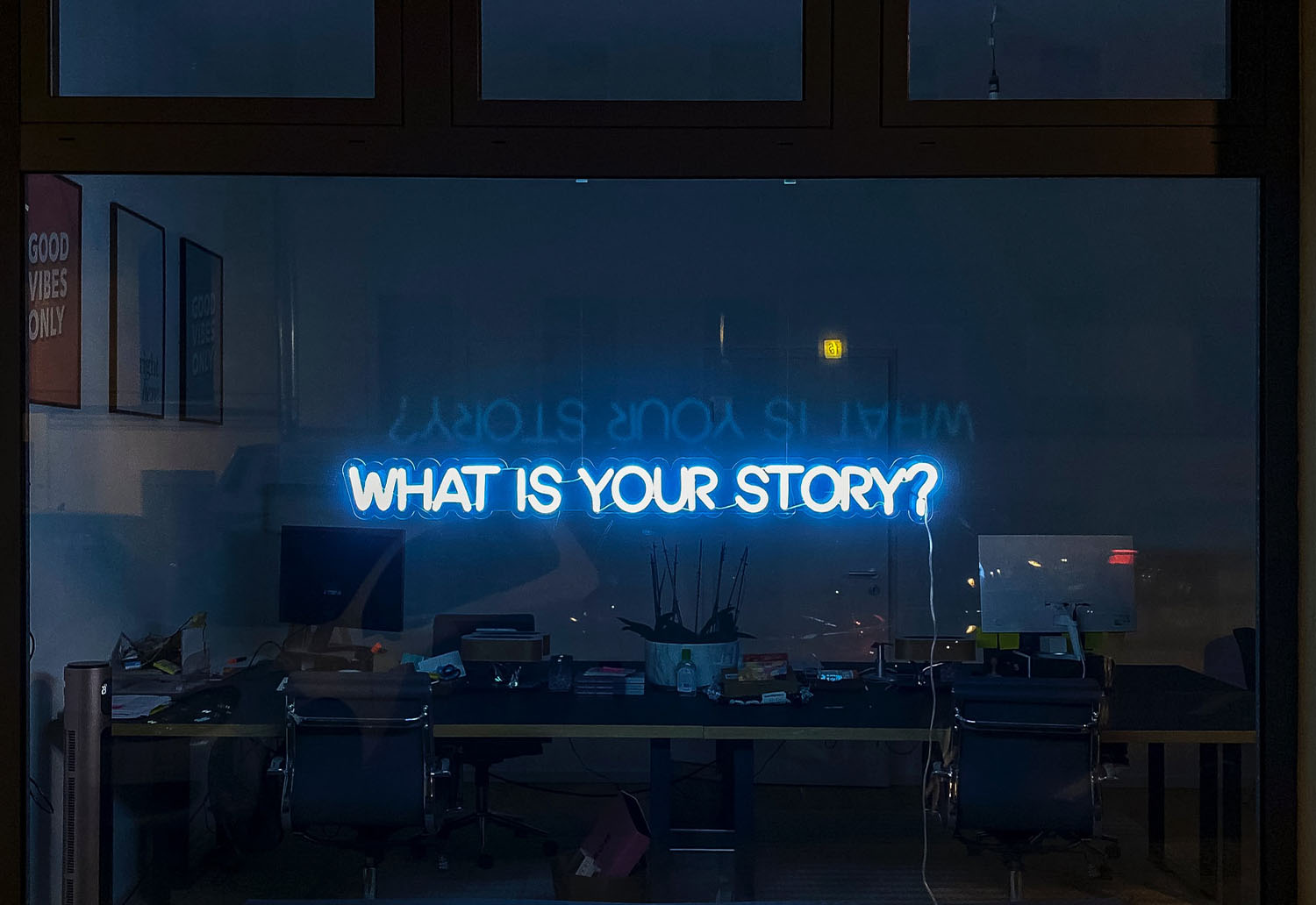 By clicking “Accept”, you agree to the storing of cookies on your device to enhance site navigation, analyse site usage, and optimise user experience. Read all about it here.
DenyAccept